How Bank of America scammed me


In July 2019, I ordered some furniture from a local merchant and gave him a deposit.

When I did not receive the furniture after a couple of months, I requested a refund but the merchant refused and became aggressive.

I filed a dispute claim with Bank of America. 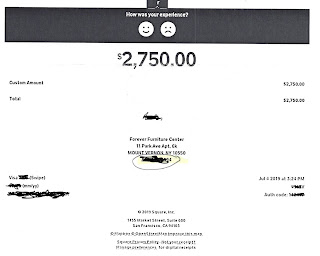 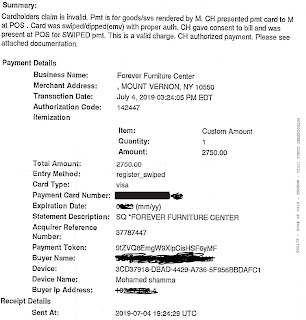 I provided evidence that I never picked up the furniture.

Bank of America stated that because I signed the debit card receipt it proves that I picked up the furniture.
THEY WILL NOT REVIEW ANY OTHER EVIDENCE.

I tried to explain that signature was for the debit card and not for picking up the furniture.

Bank of America kept telling me to contact the vendor directly who does not respond to me.

I filed a claim with Consumer Affairs of NYC but they cannot help except to agree that Merchant needs to pay me.

I have sued the merchant.

I am separately asking Bank of America, why is the debit card signature considered an evidence but they only provide the following response:

I contacted the Consumer Financial Protection Bureau (CFPB), this is the response they provided me: 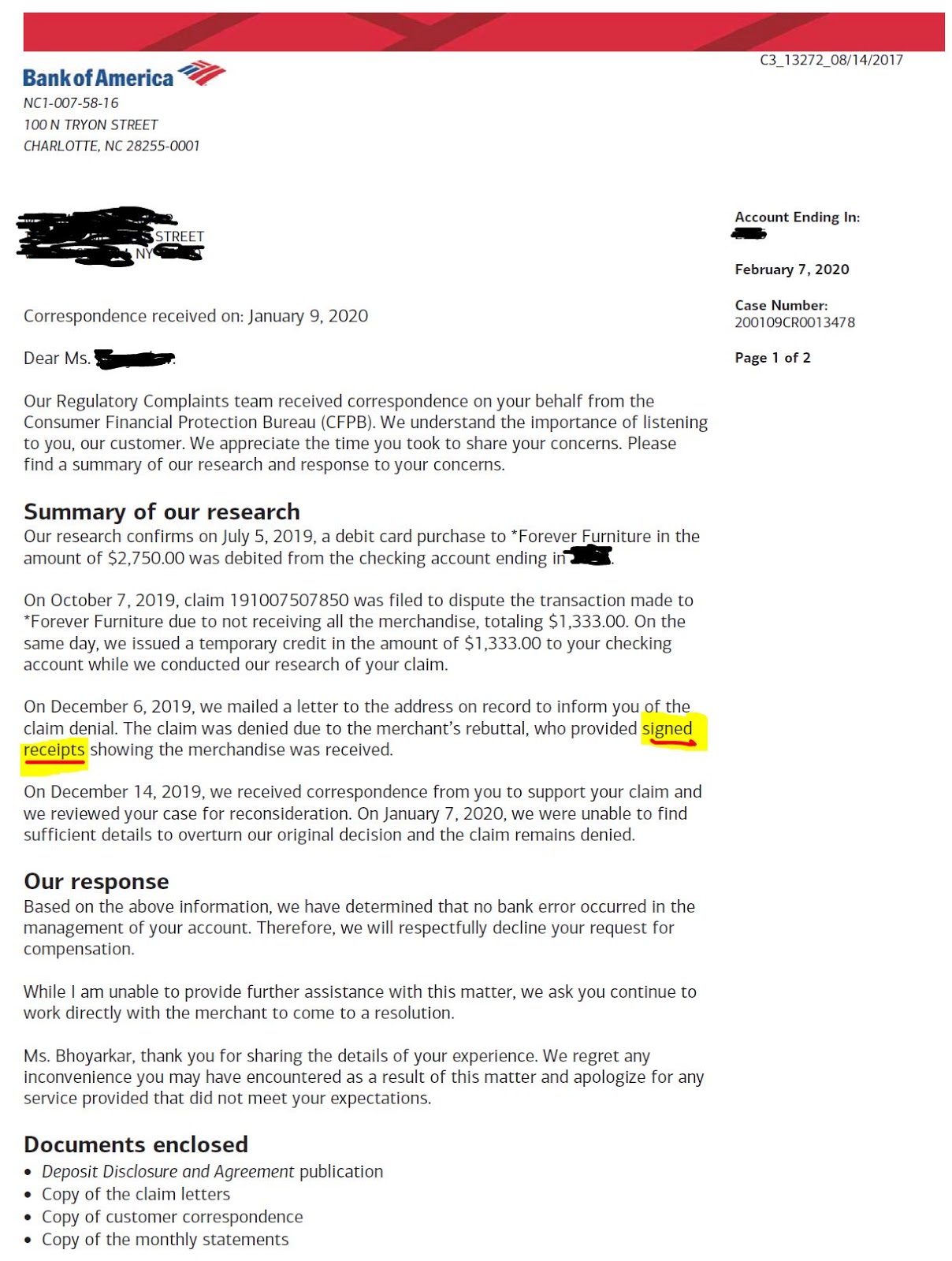 Basically they are saying that the signed debit card is the ultimate receipt, no other itemized receipt is needed

I kept asking them why is signing a debit card considered an evidence and show this in their deposit agreement, they said they will no longer respond to me.

Please Do not bank of with Bank of America as they will support scammers over their customers.

Their staff is incompetent and rude. Their representative told me that I should have reviewed Yelp before going to that local store.

Bank of America takes billions from taxpayers but will not abide by their own Deposit Agreement to protect their customers. What a shame.